Wittgenstein‘s words-as-threads quote is one of my favorite pieces of thought ever. Turns out there’s loads more from where that come from.

What I give is the morphology of the use of an expression. I show that it has kinds of uses of which you had not dreamed. In philosophy one feels forced to look at a concept in a certain way. What I do is suggest, or even invent, other ways of looking at it. I suggest possibilities of which you had not previously thought. You thought that there was one possibility, or only two at most. But I made you think of others. Furthermore, I made you see that it was absurd to expect the concept to conform to those narrow possibilities.

Your questions refer to words; so I have to talk about words. How small a thought it takes to fill a life. We regard the photograph, the picture on our wall, as the object itself (the man, landscape, and so on) depicted there. This need not have been so. We could easily imagine people who did not have this relation to such pictures. Who, for example, would be repelled by photographs, because a face without color and even perhaps a face in reduced proportions struck them as inhuman. Ethics and Aesthetics are one. 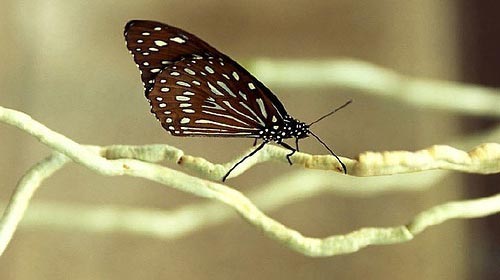 Suppose someone were to say: ‘Imagine this butterfly exactly as it is, but ugly instead of beautiful?’

That it doesn’t strike us at all when we look around us, move about in space, feel our own bodies, etc. etc., shows how natural these things are to us. We do not notice that we see space perspectivally or that our visual field is in some sense blurred towards the edges. It doesn’t strike us and never can strike us because it is the way we perceive. We never give it a thought and it’s impossible we should, since there is nothing that contrasts with the form of our world. What I wanted to say is it’s strange that those who ascribe reality only to things and not to our ideas move about so unquestioningly in the world as idea and never long to escape from it. A man will be imprisoned in a room with a door that’s unlocked and opens inwards; as long as it does not occur to him to pull rather than push it.