The second course, “shrimp and tarragon macaroons”, sang out loud. Clumsy as it sounds, it was among the most beautiful, thoughtful, well-composed dishes I’ve ever had. Three little white puffs sat on a stark white plate; each puff consisted of two meringue-like halves held together with a smear of reduced and pureed tarragon. The puffs had an etheral texture — with a slight pressure from the tongue, they melted — and a haunting, intense shrimp flavor that the tarragon complemented perfectly. Imagine those Indonesian shrimp puffs made by a classically-trained pastry chef, and you’re halfway there. 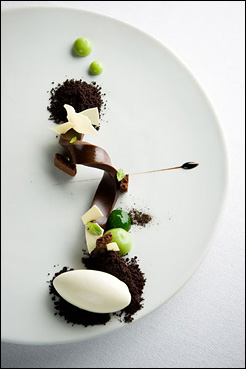 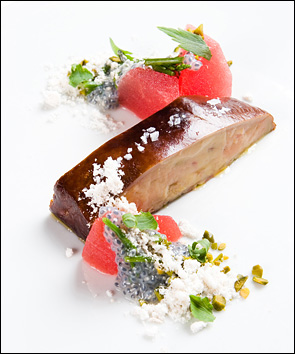 Beautiful? Thoughtful? Well-composed? Ratatouille did much to made me remember how much I’ve always enjoyed food, but Kandinsky in the Kitchen, the abovequoted review of the New York restaurant WD-50 floored me. I had never read food described with such words before, nor had I seen dishes more beautiful than most paintings, nor had I been so enthralled with so original a combination of ingredients (how about a dish made of cured hamachi, lemon leather, cilantro sorbet and paprika ?). 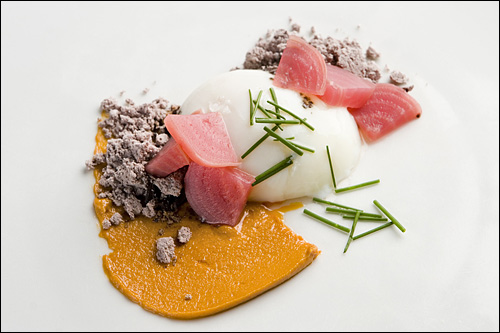 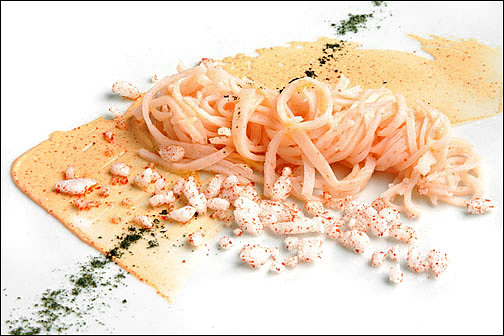 Another great review of the restaurant by The Gourmet Pig, made me realize the restaurant is part of a much wider movement: molecular gastronomy, the application of science to culinary practice. Apparently they can now compress watermelon to give it the texture of raw tuna.

The pursuit of beauty and meaning will never end, will it?