Or how I learned to stop worrying and love the singularities.

Listen —of course having

riff on Elizabeth Gilbert’s Confessions of an Over-Giver

The Flash is lucky because he can run real fast but also because he lives in a world where every problem can be solved by running real fast.

The Singularity was one of the feral memes that grabbed me early on growing up on the wild web. Some 15 years ago it felt so daring and all important to my younger, impressionable self. There are many definitions but the one that most resonated with me was the apocalyptic belief that short-term technological progress (specially the creation of True Artificial Intelligences) would grow so exponentially that a total discontinuity in the next few decades was inminent and unstoppable, with instant and eternal utopia or dystopia for humanity on the table. Thus defined the singularity has remained a decisive concept in my life and an intense preoccupation until relatively recently. But no longer.

The two books that have most influenced this new peace I’ve made over the last couple of years with the idea of the singularity are John Storrs Hall’s Beyond AI: Creating the Conscience of the Machine and David Deutsch’s The Beginning of Infinity: Explanations That Transform the World. 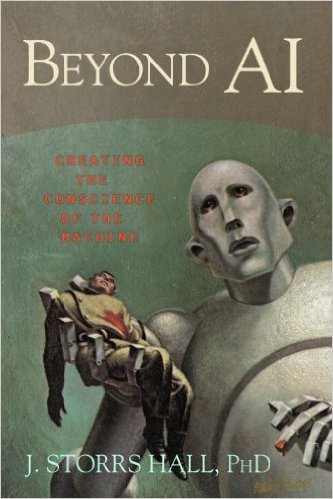 Josh’s book is underappreciated and much less discussed than Nick Bostrom’s Superintelligence but both are brilliant contributions. Josh’s taxonomy and description of possible minds (hypohuman, diahuman, parahuman, allohuman, epihuman, hyperhuman) is imaginative and thought-provoking. But the most intriguing chapter is an unassuming one that took me a long while to appreciate how subtle and important it was. In Chapter 7. Beyond Human Ken? Josh thinks through the question of whether an intelligence algorithm can be universal, whether it can progress infinitely. He presents the case against this universality with arguments from animals, experience and inductive biases, while the case for universality is based on algorithmic probability, biological self-reproduction, evolution, subjective experience, human uniquenes and, crucially, by the scientific community. He concludes that the question is still open but there are grounds to hope for universality. 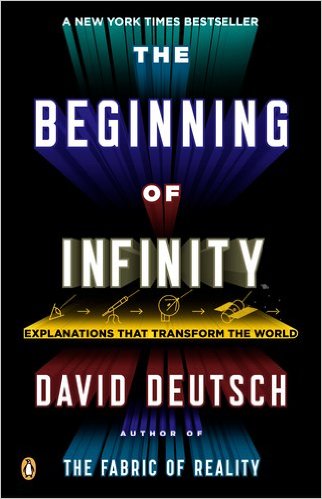 It was David Deutsch’s book that finally explained to me the universality and infinity of the humble process of bold conjectures mixed with traditions of criticism that is at the core of the scientific community and progress in general. Yes, everything can be automated, including this process and all the pieces of our minds and our minds themselves. But believing this fundamental epistemological process must come to an abrupt end OR be transcended by something else unfathomable is just appealing to the supernatural, which is the fundamental bad explanation because it’s so arbitrary and progress-inhibiting.

Every society that embraces this open-ended quest for good explanations becomes a beginning of infinity, always dealing with acceleration & problems, always fragile, always with most of its unlimited progress ahead of it.

Artificial intelligence & computation are magical technologies that change and accelerate everything (of which we had little inkling barely 200 years ago!). But so is rationality, skepticism, traditions of criticism, money, language, writing, science, physics, mathematics, engineering, vapor, electricity…

What nothing is is the magic, instant solution to all our problems. It’s an easy mistake for intellectuals to idealize intelligence as the capacity to make progress EVERYWHERE OPTIMALLY but this is just wishful thinking and is only when we wrongly accept this untenable perfect assumption that we get into trouble thinking recursively and compounding implausible miracles towards the final rapture.