the fringes are the reward 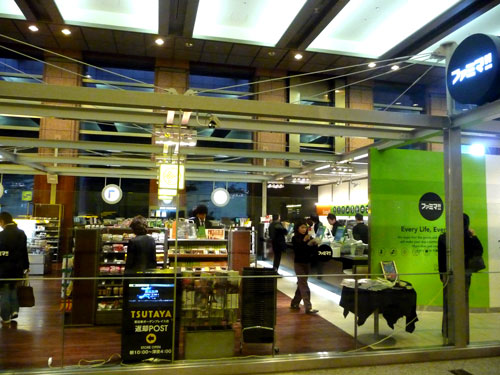 The benefit of Life Nomadic isn’t so much that it replaces your life, but rather that it upgrades the predictable background of daily existence. I still write and work on my site all day most days, but the days I take off and the time I’m not working becomes a lot more interesting.

Compare with Europe, where, as far as I can tell, they simply don’t have the concept of convenience stores. Here in Spain they only have ugly, pricey, mom & pop dry good stores, called “Chinos” because they’re mostly run by Chinese.

Mexico itself has lots of convenience stores, better than the ones in the States I’d say, and there’s some interesting innovation going on of micro-supermarkets specialized in groceries, or pharmacies that are convenience stores too.

I’m a strange kind of traveller, like a very slow kind of tourist, a be-ist! I prefer to stay at places for months and not focus on them much, just let them gradually reveal themselves. I like keeping place in the background, how it makes the fringes of my life (like city walking, shopping, eating, bookstore browsing, the new media…) interesting and new. But for the core of my life I really am very happy making stuff, it’s the thing I want to do most. Intensive travelling, where the place (and its people) are the very focus of your life is not that appealing to me, it’s too distracting.