Get gay in a jiffy 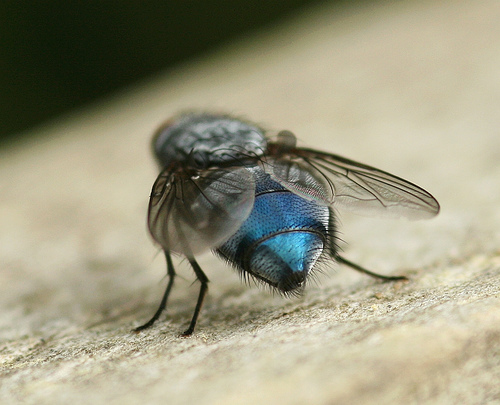 This just in (via KurzweilAI.net), I can hardly believe it myself:

[..a scientific team] has discovered that sexual orientation in fruit flies is controlled by a previously unknown regulator of synapse strength. Armed with this knowledge, the researchers found they were able to use either genetic manipulation or drugs to turn the flies’ homosexual behavior on and off within hours.

“Homosexual courtship might be sort of an ‘overreaction’ to sexual stimuli,”..

Physorg.com, In fruit flies, homosexuality is biological but not hard-wired