Dreams at the limit

Perfect speed isn’t flying a thousand miles an hour, or a million, or flying at the speed of light. Because any number is a limit, and perfection doesn’t have limits. Perfect speed is being there.

I confess a life-long weakness for eschatology: looking for meaning in ultimate destinies. This has been very much tempered by a deep awareness that prophecy is impossible (predicting future knowledge would make it present!), but I still think it worthwhile to imagine what could be. My particular style of haruspication (entrail-watching) is to take a model so seriously you pretend it is reality and thus won’t break when you stretch it.

When the model is a (feedback) process the natural question for me to ask is what happens if we assume perfect speed: where is it pointing at ultimately? These simple extrapolations lack even the flimsy grounding of utopias, they are just wide horizons, glimpsed from taking a limit on a model. I call them dreams at the limit and I’ll be showing you 5 of them today.

This has been an unusually important post for me to write. Back in sep2016 I wrote a negative inoculation to my recalcitrant singularity infection: how & why I had stopped believing in the singularity. This now is my first positive elaboration of a grand alternative to the singularity (and to vacuity!) as our default future.

I’m also trying something new: to look ahead grounded in personal experience, for the first time in my life sizeable enough to matter. It’s been about 2 decades since I grew aware enough to start making my own sense of things. I’ve been an early (bit) actor in the once unlikely rise of Big Tech, Asia, Bitcoin and even populist politics. I want to callibrate myself based on what has been (unexpectedly) true so far for me because, to put it bluntly, it is my future that I care the most about. To temper the vagueness & uncertainty of the exercise I’m giving it personal stake. 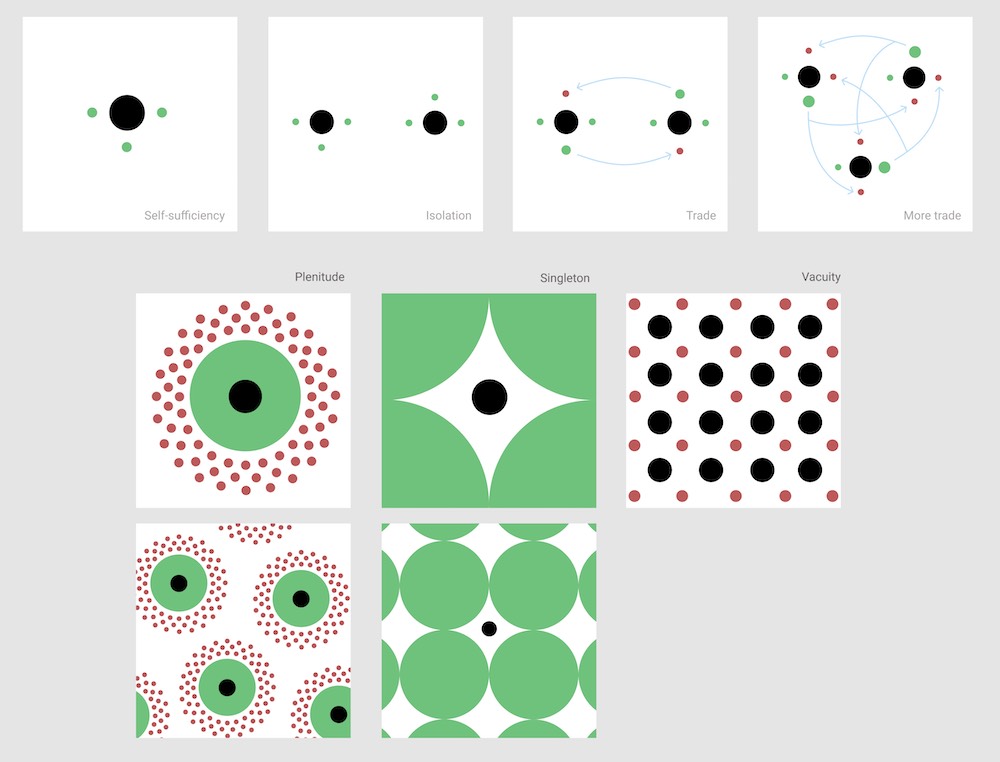 Every culture lives within its dream.

These first two dreams are the widest, farthest horizons. They are true, but indefinitely so —we’ll be within them as long as we progress (that ur-dream). The gradual broad acceptance of these dreams (with manic bouts!) is the sign of our technological modernity.

This leveraging is, I think, the dream at the limit of technology —like truth is the dream of science, peace is to politics, prosperity to economics, justice to law… Surprisingly, it was only in 1938 that it was first articulated by Buckminster Fuller, “the first poet of technology”.

That the present is different from the past is evident since the industrial revolution “made mockery of all that had gone before.” The problem is that there is no one rate of change, advances are not always constant, uniform, given, possible, or even desirable: we made quick progress in transportation speed only to change tack and focus on lowering its cost, even at the expense of speed.

In my impressionable tweens, I saw Westerners drunk with digital acceleration at the turn of the milennium, imagining the rate of change of IT extending & compounding indefinitely across the whole economy. Charlie Stross’s glorious Accelerando (begun in 1998, published 2005) is an avowed product of that era: an episodic, frenzied novel that chronicles runaway civilization dismantling the solar system for computronium before the end of this century.

A more sober Stross would write in 2007 a great take down of space colonization (let alone planetary dismantling!) as anything but a truly long-term dream: “Colonize the Gobi desert, colonise the North Atlantic in winter —then get back to me about the rest of the solar system!”

Starting at island-stranded self-sufficiency, you only consume what you produce. Isolation is no better, there are people around, producing different things from you, but you never trade with them and thus never benefit. 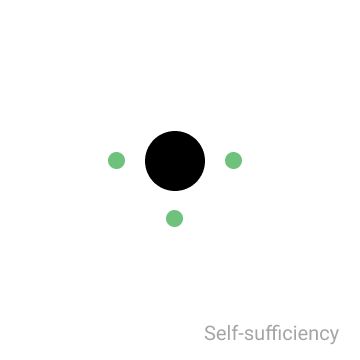 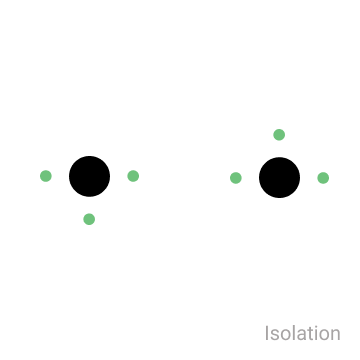 Trade is when the magic starts to happen, when difference becomes a blessing. You start consuming what others can provide you and start doubling down on what you can produce for others. As trade intensifies, the story is of increasing specialization in production but diversification in consumption. 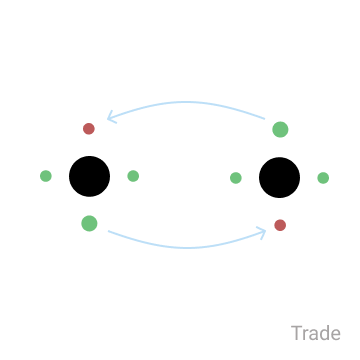 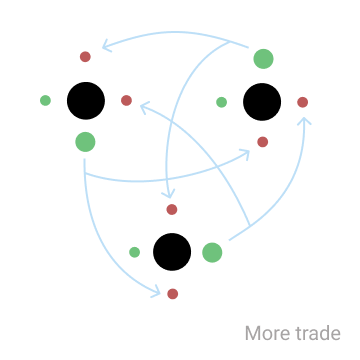 That is the basic mechanism of social complexity according to economics. What end the story has depends on how you see the future shape of a key concept of technology: scale, the growth in our production/consumption capability, as groups and as individuals.

3 dreams of scale at the limit

I like Nick Bostrom’s “singleton” label for this hypothetical someone —a singleton of production in this case. This is also usually called the “superintelligence singularity” but I was only able to think beyond this meme when I started thinking about in production / consumption terms. 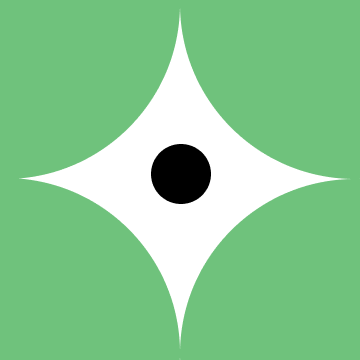 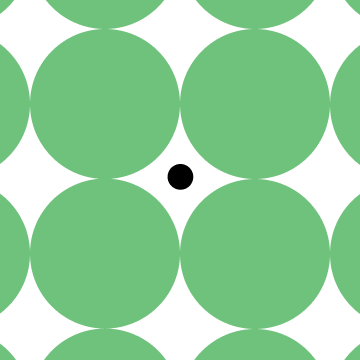 J. Storrs Hall, in his 2007 Beyond AI, proposes a fascinating multiplication model for this way of conceiving scale: “take the ten smartest people you know, remove their egos, and duplicate them a hundred times so that you have a thousand really bright people willing to apply themselves all to the same project.” This is about the scale of production of a fairly-sizeable company or a field of academic inquiry. Take that a thousand times, integrate it all tightly together into one person and that’s your singleton of production.

I see almost no evidence for this extremely unbalanced scaling, where a single personal production grows to dominate all, needing no consumption from everyone else. There are huge, mind-boggling & increasing differences in the ability of well-positioned people to capture profits or impact others. But we ourselves are all still each extremely limited & fragile in what we can produce, even more so if we compare our puny range with the increasing production of humanity as a whole. And if we individually do produce more than before it is only thanks to uncountable, indispensable & increasing aids from others (consumption).

The argument for believing otherwise usually involves the enthronement of intelligence, thought of as a single monolithic attribute, as the superpower. As I wrote in 2016, I think that’s a seductive mistake. Google DeepMind’s 2016 AlphaGo & 2017 AlphaZero are the most suggestive evidence so far for a compounding general-purpose singleton production. Yet even they, well considered, are examples rather of massive, specialized production and consumption: learning to play optimally the simplest, most formal games with the decades-long research of a vast international community & the (traded-for) resources of one of the world’s richest company.

This decade, it’s become particularly fashionable to worry about automation. In a deeply ambivalent extrapolation that has now become the default future of serious people: we will get to consume everything (!?) for free, but everyone will be unemployed, deeply alienated and, well, useless, producing nothing —vacuity.

This is again some extremely uneven scaling, requiring in my opinion extreme evidence I don’t see around or in my life. We are swimming in increasingly abundant & cheap consumption, but it’s also becoming ever easier to produce, with ever more reward. And it’s just silly to think we run the risk of running out of problems demanding our (urgent!) production of solutions.

Instead of seriously trying to imagine what fully-fleshed post-scarcity (near-term or long-term) could mean, this is often paired with a diluted version of the previous scenario for the inequality drama of a new tyranical elite, producing all, consuming nothing.

All the above said, an idea often mentioned in this context, a universal basic income, giving people money, is still something we should try. Not as a substitute for employement but as an equal minimum floor of consumption for each of everyone else’s production. It’s both a useful luxury to smooth out consumption and a moral urgency to spread it out.

Another related problem is to improve how we reward production. As Jaron Lanier has argued, it’s not that Big Tech produces most of the value of the internet, they only pool & enable it at gigantic scales —but in return they now capture an outsized share of the value generated. A lot of this is sorting itself out naturally as the digital economy truly matures: I don’t think a decade from now the US web giants will be nearly as dominant as they now are. Maybe we need some new regulation to help us get there.

The most powerful force.. released by tiny chips is not speedy compute cycles but the creations of ordinary people.

Kevin Kelly, How the interrnet gave us all superpowers, October 2018

Here I’m interpreting scale as enabling each of us to to diversify & further specialize our single production, while allowing it to impact more people (as well as to be ourselves impacted by more people in our consumption). The result will be plenitude, a fulfillment of human potential. 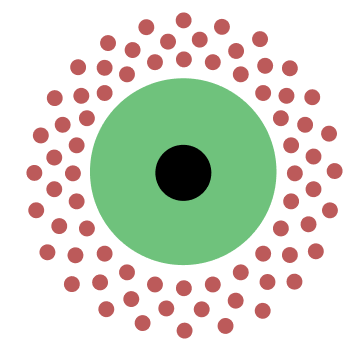 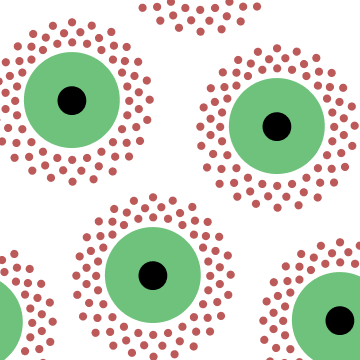 Unlike the previous 2 dreams I’m not proposing a drastically new, unbalanced scaling, quite the opposite, I’m assuming scale can & will maintain the tension at the heart of production / consumption (increasing specialization and diversification), only much further so & for more of us. There’s plenty of room in ourselves & others for this, our economy doesn’t have to deform into uneven extremes. Despite its shocking optimism, I think this is the natural extrapolation.

It doesn’t quite mean cushy cool jobs for everyone. Job & employement are feudal concepts compared to what I think will one day be the norm. What I imagine is shots, shots at hitting it big and producing something good enough to impact everyone for a while. It will usually only be a tiny, obscure facet of a ripple, but even then the rewards will be enough to sustain you for years of consumption, sometimes even for lifetimes. People will sometimes do this from deep within organizations, sometimes in parallel, in emergent collectives or through platforms bigger than any one organization. You may need years (perhaps decades!) of one-sided consumption to finally come up with your one impactful production. Once you find it you may then ramp up hard and devote your life to production, building a lasting organization around it — or you may instead scale back and retire to lower key production or exploratory consumption.

On the background of the low-key long-term work we now call employment, a more punctuated economy of shots will gradually open up, with more & more one-hit or many-hit wonders.

I’ve seen something very much like this in myself and others. Some Silicon Valley friends were for a few years in charge, so to speak, of a fragment of a facet of Google’s search algorithm, or of Facebook’s virality… and those years were enough for them to accumulate enough capital for a lifetime. Myself, I was able to work hard for a few months remotely and make enough savings that thanks to an early obsession with Bitcoin have lasted for years. I’ve seen friends achieve historical political impact on my country after a few months of gruelling leveraged campaigning.

If you want a specific example think of Michelle Phan, one of the first YouTubers to hit it big back in 2010 by showing millions how to apply makeup creatively. Note how unique her contribution would have sounded even only a decade ago, and we’ve only gotten more rarefied: we now have world-famous unboxers (!) and wildly original math explainers (Vi Hart, 3Blue1Brown…) making a good living from millions of subscribers & supporters. Anyway, as she narrates it herself in a moving farewell video, after some 6 years of relentless, highly-rewarded production Michelle had outgrown her role and decided to scale back to the low-key experimental production of a web-comic.

Writing this was hard. I didn’t expect it to be this long either but there was so much I needed to (urgently) clear up for myself. Plenitude will be the dream within & towards which I’ll orient myself from now on. I hope you join me!