Ever since I’ve had a digital camera I’ve noticed a strange use of it: I’ll often snap stuff —whiteboards, signs, text, documents, maps, ads, book covers..— for practical, remember-or-consult-it-later purposes (as opposed to “leisure” snapping of people, events or cool stuff). Since I got my awesome new camera this use has only intensified, with two interesting new twists:

First, since the image quality is now unbelievably and consistently good (p)it’s painful to look at other camera’s)), pretty much anything is recorded at the same (or higher!) fidelity than the real thing. So I can now confidently snap pictures of intricately detailed maps, computer screen text, faraway signs (with its awesome 10x zoom) or whatever.

Second, since the screen is now unbelievably good and big (3"!), and since browsing has gotten so much faster and responsive (not there yet but close), most of my later reviewing now is done right at my camera. It’s a very different, much more personal and portable experience than being anchored to the desktop. Also, since memory is now so mindboggingly cheap I can just keep these reference photos on the camera (that is, with me) for as long as I need to.

So a typical use of my camera now is getting some directions or reading an interesting review of some place at my laptop and just snapping it for later, in-place reference. It’s so fast and convenient. I don’t have everywhere web in my iPhone now but if I did I think I’d often still do it this way instead of fiddling with it (and of course I’ve long stopped stooping to printing stuff — are you kidding me?).

It’s really starting to feel like a prostethic (photographic) memory module and my guess is that this use will become more and more prominent, to the point that some 5 years from now it could be cameras’ main use (mostly because we’ll be saturated by “leisure” photos of people, events or cool stuff). My camera actually reflects this and one of its 5 main modes is actually the cleverly titled “Clipboard” mode, designed only (!) to keep photos of “maps, timetables and other travel info” (reference photos!) at hand (a special mode shouldn’t be necessary once the interface gets there). 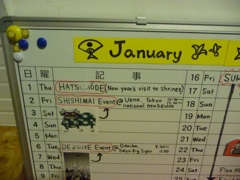 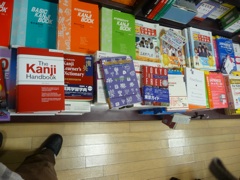 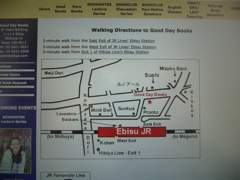 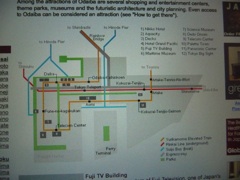 (Another interesting day, not far at all, is when the view through the viewfinder is better — more detailed, more zoomable, wider, better at night — than the one through your cornea.))