A survey of 4 McKinsey articles

As I mentioned a week ago, I am just starting to feel my way around McKinsey’s Quarterly but it’s been impressive so far. I recently finished reading the three complimentary articles I was granted upon registering (which is free) and they were all remarkable.

Leadership as the starting point of strategy, my first article, was at times too vague and fluffy, but management (and marketing) are still so magic and novel to me I’m just swigging everything I can find on’em. I still have difficulty grappling with the idea that one should routinarily lay the groundwork for stuff three to five years in advance (that’s almost a quarter of my life!), and the same goes for the necessity to brew leadership in-house (how do you nurture leadership?). Put them in the same paragraph and I’m baffled:

Companies need to position themselves today to meet their strategic objectives during the next three to five years. In an 18-month period, for example, a South Korean consumer goods company successfully expanded its core business into Japan, where it diversified into noncore sectors such as low-cost lodging. It achieved such deep penetration of this notoriously closed and mature market so quickly by building its leadership bench in advance. At least five years before the initiative’s launch, the company began hiring managers and sending them to Japan — through exchanges with friendly Japanese partners — thereby creating a cadre of South Korean leaders trained to operate in Japan.

Tsun-yan Hsieh and Sara Yik, Leadership as the starting point of strategy

Innovation blowback: Disruptive management practices from Asia was the second article I read and my favorite of the three. It puts forward one outrageous economic thesis and proceeds to back it up with impressive (and interesting) case studies: from Chongqing’s revolutionary motorcycle assemblers, to why Indian cokes are so small (people just can’t afford normal-sized ones), to how a manufacturer of power generators landed a stake of the immense (but poor and fragmented) Indian market, to how some Indian doctors manage to do about 25 cataract operations in a half-session and still have better post-operatory figures than their UK colleagues. (Case studies are more than half the worth of McKinsey’s articles.)

These models of innovation spell out a clear message for many companies in the developed world: if you’re not participating in the mass-market segment of emerging economies, you’re not developing the capabilities you will need to compete back home. Our first recommendation to Western companies is therefore to go offshore, not just to the affluent segments, and not just for wage cost differentials, but to serve the mass market. Only there will you be forced to innovate in the ways required to succeed in the future.

The third article was Making brand portfolios work and yes, as you can see, they had me from the title: brand portfolios? This can’t be real. And yet it is, and it makes enormous sense, and it is again backed up with delightful examples: from why the Lexus is a separate brand from Toyota, to why Pespsico has the lion’s share of the US non-carbonated segment, to the roaring failure of Procter & Gamble’s rebranding of a dishwasher in Germany. The notion of customer “need states” — “the intersection between what customers want and how they want it” — as a better way to think of your market is worth alone the price of admission. 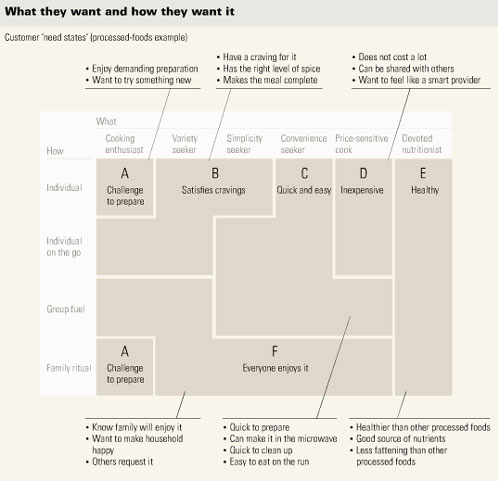 I got so psyched up with marketing (ever since I read ELZR Marketing Myopia actually) that I went on and spoiled myself with another (free) article: Better branding. I wasn’t disappointed, it’s a completely fascinating writeup arguing (lucidly) for marketing sophistication. There’s stuff here you wouldn’t believe. 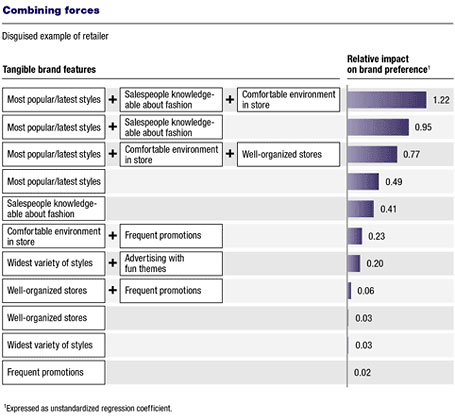 All in all, still as impressed as I was when all I had were vague ideas and preconceived notions of what McKinsey’s Quarterly would be. It’s definitely right there with the best business writing I’ve found, right next to The Economist, the Harvard Business Review, and the Wall Street Journal.