I’m most definitely an idiot in at least Cortazar’s sense — always able to enthuse about anything and everything. Sometimes the excitement loop becomes critical and, a happygasm reached, I need simply contemplate the object of my devotions to reach instantaneous paroxysmal contentment. There are many examples of such cases in this blog (at its best moments it is merely a compilation of them) and here are the 3 most recent:

1. This glass. Seriously. It’s thick and stocky, heavy and curvy, velvety (in that strange way good glass can be) and transparent. Plus, it has an extremely low center of gravity (thanks to its glassy booty) that gives ponderous gravitas to the gassiest soda. I won’t drink in anything else. That all this heavenly goodness was less than a buck a piece (we’ve eight of’em) only adds to my marvel — a fragile monument to capitalism and division of labor. The photo makes absolutely no justice to its glistening beauty. 2. Mac OSX Tiger’s Wallpaper. The asymmetry, the restraint in means, the abstract yet natural forms — sometimes petals sometimes hyperbolas; sometimes tears in the canvas, sometimes valleys, sometimes hills — with their rolling, blue gradients, their digital, velvety textures; the tridimensional light play of twodimensional curves — a perfect background, ideally fitted to highlight whatever is atop it, to be discrete, serene and becoming, never flashy, never tiring. Because make no mistake, this is a design ELZR, it has a purpose: to be a desktop wallpaper. And it easily trumps the cloy Bliss WP, the over-eager photos, the dull colors, the duller patterns (ugh). As far am I concerned it is the best graphic design of the late twentieth century. 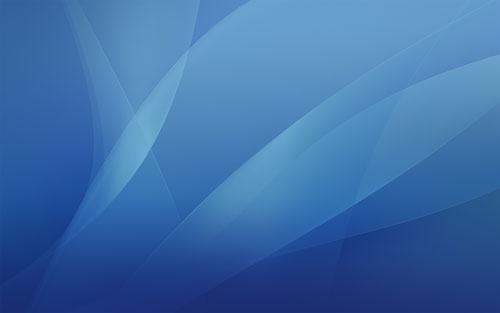 3. This quote. Such words. Some four centuries old and still as haunting.

No man is an island, entire of itself; every man is a piece of the continent, a part of the main. If a clod be washed away by the sea, Europe is the less, as well as if a promontory were, as well as if a manor of thy friend’s or of thine own were. Any man’s death diminishes me, because I am involved in mankind; and therefore never send to know for whom the bell tolls; it tolls for thee.
John Donne WP, “Meditation XVII” of Devotions Upon Emergent Occasions
← BlackstoneA citizenship of one's own →
Follow me on Twitter!  |  Back to ELZR.com